This is a complete Plug and Play Denali Dual Intensity LED Light Kit with the OEM Honda Fog Light Switch already built into the loom.

The kit contains the following

This means that there is no cutting or tapping into the existing wiring on your CRF1000 or CRF1000 Adventure Sport - you just plug this kit into existing connectors that are already in your bike's wiring loom.

The loom also has a connector allowing the fitment of the OEM Honda Auxilliary Power Socket as well or power a GPS.

This setup will operate the Denali lights as per the following:

Very neat install with no excess loom to try and find space for - specifically manufactured for the Honda CRF1000 Afria TWin and Adventure Sport. 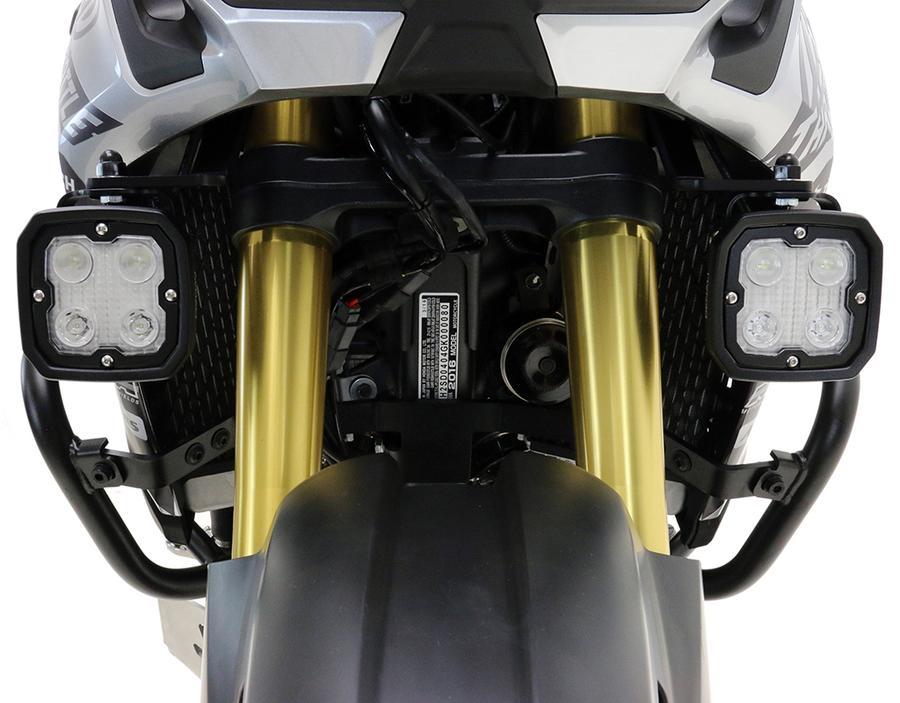 The S4 is the first light DENALI developed as part of the new S-Series product line.

At more than 3000 lumens and economically priced, the S4 provides more light per dollar than just about anything else on the market.

The new S-Series was specifically engineered to reduce cost without sacrificing performance, quality or durability.

In fact, the S4 features the same high-intensity LEDs as the D-Series lights, but utilizes a single-piece optic and sealed beam construction to reduce the number of components. The result is a durable high-performance light that won't break the bank.

Consistent with D-Series lights, the S4 features DENALI’s innovative DataDim™ Technology that enables the lights to be upgraded in seconds to dual intensity by connecting a plug-n-play DataDim™ Controller that will automatically switch the lights between half and full intensity with your vehicle's original high beam switch.