As the most advanced electronic chain oiling system in the world, the Scottoiler eSystem v3.1 is designed for the biker who wants total control over their bike and it’s health – this including ultra-precise chain-oiling, of course. Connecting to your bike’s battery, the eSystem LED Display sits between your handlebars, allowing you to adjust oil flow-rates with ease.

The eSystem reservoir can be easily installed on the mainframe of the bike, with dispenser, cabling and oil provided to easily fit the dispenser above the sprocket face for optimal lubrication.

The Scottoiler eSystem v3.1 builds on the previously popular eSystem models with several software and hardware improvements for 2020!

Self-calibration is now introduced, allowing you to get to what matters most quickly – riding hassle free! As well as this, further flow-rate settings have been introduced primarily at the lower end of the scale to allow for more precision particularly in wavering climates.

Furthermore, following popular demand, the eSystem v3.1 now retains all pre-established settings, even when disconnected from the battery! Leaving your bike over winter? Holiday planned? It’s now even quicker to get on the road and not have to worry about adjusting your settings – unless you want to.

The eSystem is our award-winning, premium motorcycle chain lubrication system and the flagship model from Scottoiler.  Voted MCN Product of the Year its fantastic technical features, ease of installation and on-the-road performance combine to create the most advanced motorcycle chain maintenance tool we have ever developed. 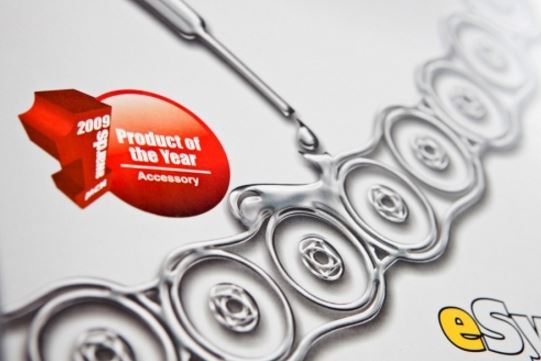 The eSystem is an electronically pumped motorcycle chain oiler requiring only a small power feed from the battery to operate. It can be installed to most bikes in under an hour by connecting the wiring loom to the battery; this plug and play connectivity means the eSystem is the easiest electronic motorcycle chain oiler ever developed.  Unlike some other products there is no complicated wiring or tapping into speedometers or switches. 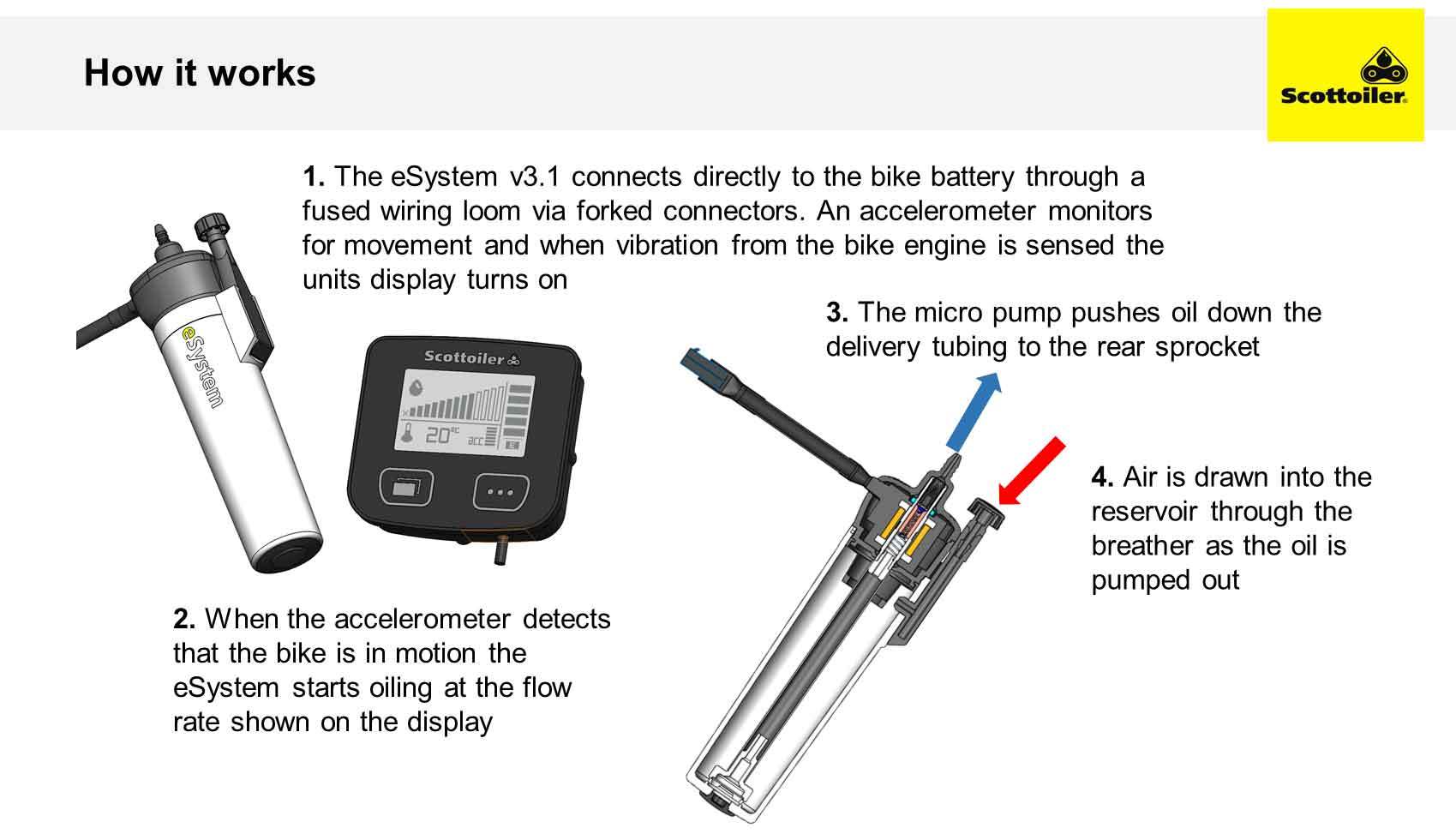 Whats' In The Box